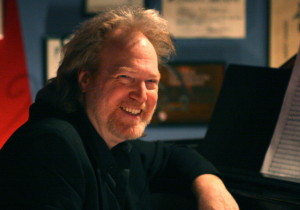 Who is Terry Sweet?

Emmy-nominated composer, pianist Terry Sweet has composed, arranged and produced hundreds of radio and TV jingles (Kellogg’s Raisin Bran, Kraft, John Deere, Allstate Insurance, Mastercard International and many more – winning many Addy Awards, Silver Microphone and Telly Awards).  He has scored music of every genre for major industrial videos (such as Walgreens) and written songs for and performed live at events and awards shows.

Terry has worked in the recording studio with musicians/singers from such bands as Faith Hill; Brooks and Dunn; to Neil Young; Crosby Stills and Nash.

Terry is now a team member of ARS and is composing, singing and recording the music scores for “Gwillumbeary and His Galactic Safety Council” and has a music score for a Feature Film in development.